Well, I’m behind in my blogging due to a computer virus that took out my computer.  But I’m back now.  In the meantime, Tim and I the Braves and Phillies at Citizens Bank Park. 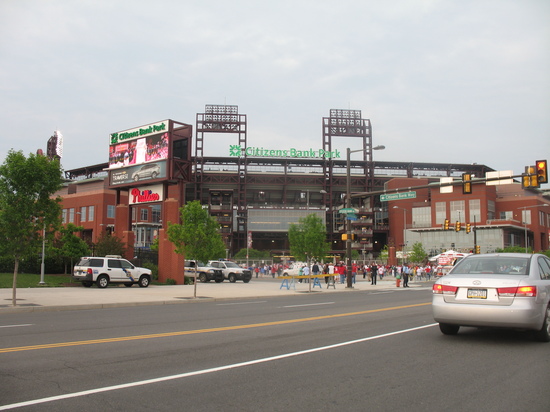 Now that we’ve seen the Braves, we have completed the N.L. East, our second completed division.  Here was the scene as we walked from the Lincoln Financial Field parking lot: 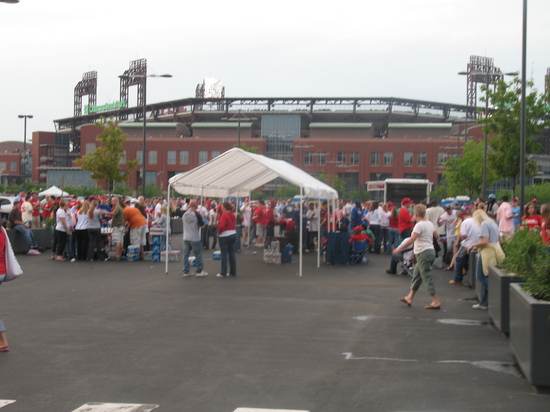 Cole Hamels was pitching and was still winless on the season:

After watching a couple innings from the SRO area behind home plate, we headed over to the play ground where Tim had an absolute blast:

Next, we headed out to the left field corner where we got Tim an ice cream helmet.  We’d never watched a game from that area.  We liked it a lot.  Very cool.  Here’s the view:

And, as usual, Tim loved his chocolate ice cream helmet with sprinkles: 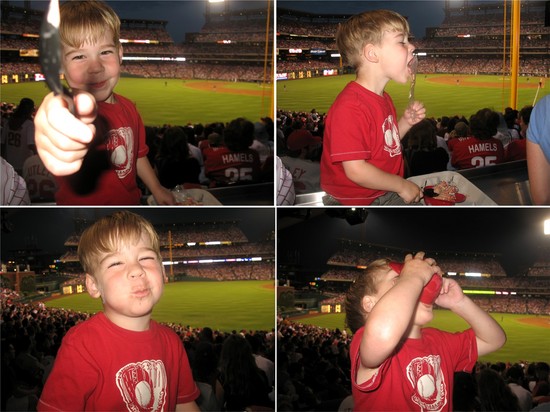 Yeah, he got passionate about that ice cream.

Next, we decided to head up to the upper deck:

And we got this panoramic view from the back row of the upper deck: 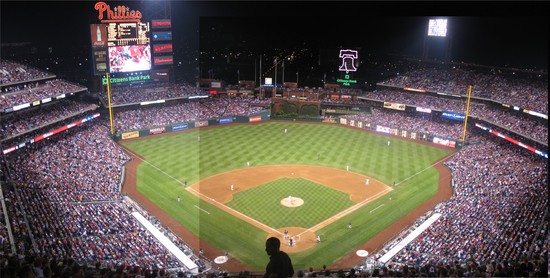 Later on, we headed back down to the field level where we watched the last couple innings standing next to one of the TV cameras.  We got some shots of R-Ho:

Of course, we cheered on Raul Ibanez too: 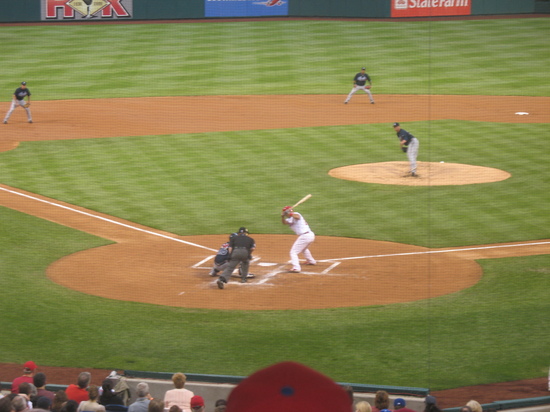 So guess what?  The Phillies won:

The scoreboard showed Hamels’ “W” and it was his first since the World Series:

I got some dude to take a not-very-good picture of Tim and I in front of the Phils’ dugout:

And I snapped a few extra picts for this dugout panoramic: